Power At The People’s Tribunal On Harvey Recovery

Power At The People’s Tribunal On Harvey Recovery Guest Post – from the Lone Star Chapter of the Sierra Club

“You see all these commercials, ‘Houston’s come back.’ Houston hasn’t come back. We still need somewhere to stay… I’m not asking for charity. I’m just asking for what I feel like is owed to me. I want to be comfortable and die in the place I was raised in… that’s the thing I would want.” 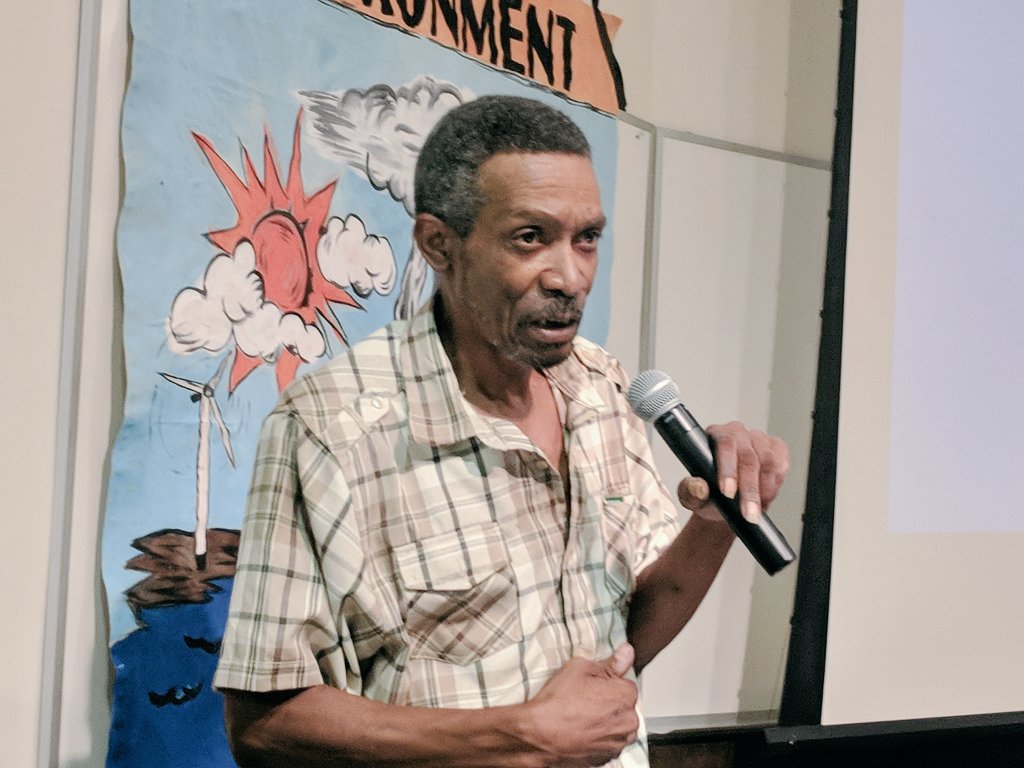 Mal Moses, a Houston resident who was denied FEMA aid, testifies in front of the housing judges at the People’s Tribunal on Harvey Recovery on August 25th. His testimony reflects a common sentiment expressed among the various stories offered by residents this past weekend – It’s been one year since Hurricane Harvey unleashed unprecedented rainfall and flooding on the city of 2.3 million, and many are still recovering.

This past weekend’s People’s Tribunal on Hurricane Harvey Recovery, hosted by the Houston Organizing Movement for Equity (HOME) and Barbara Jordan-Mickey Leland School for Public Affairs at Texas Southern University, offered a space for listening, learning, building relationships, and establishing the common foundation for a just recovery for all Houstonians in the form of the judges’ findings and recommendations.

The ultimate goal? Changing the status quo of disaster recovery in Houston, and the Gulf Coast region at large.

Beginning with an opening ceremony on Friday night that set the stage for an all-day Tribunal on Saturday, the event saw up to 150 attendees pass through the auditorium to hear first-hand accounts from witnesses, community leaders and experts about how the storm has exacerbated the already existing housing, environmental, immigration, and labor crises facing the nation’s most diverse city.

(Below, watch Part I and Part II of the livestreams, which are split into the respective tracks Housing/Environmental Justice and Immigration/Labor).

Stories of storms and environment disasters past, Hurricane Katrina, the BP oil spill, and more, illustrated what many already know to be true – The status quo of inequitable disaster recovery and environmental injustice is alive and well post-Harvey, and both government and corporate interests must be held accountable. 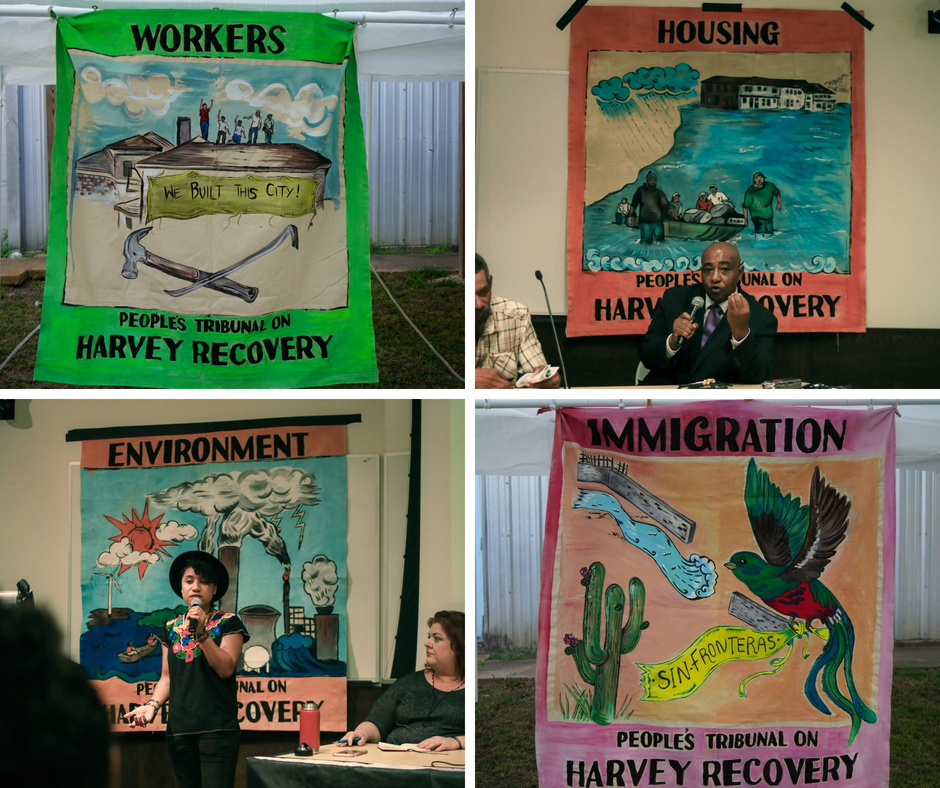 Banners displayed at the People’s Tribunal representing the four tracks were created during several “art builds” hosted in the week leading to the Tribunal, led by Sierra Club Rio Grande Valley Organizer Bekah Hinojosa and Cultural Organizer Yudith Azareth with Another Gulf Is Possible and collectively painted by Houston residents and members of the People’s Tribunal coalition

In-person and video testimonials (produced by V&M Productions) were presented for each of the four tracks throughout the day, off of which Tribunal judges released their rulings and recommendations later in the day.

The first finding for the “Housing” track reads – “The requirements to qualify for recovery funding don’t fit the reality and context of how people live. Communities that are already suffering from systemic disinvestment experience compounded inequality after disasters.”

The Tribunal findings and recommendations were read aloud at a Stories of Survival tour that kicked off in Houston Saturday evening in Houston’s Third Ward. The evening featured participatory open mic storytelling, a series of solar-powered short films, a free community dinner, and music by the Houston-based international music collective Free Radicals. 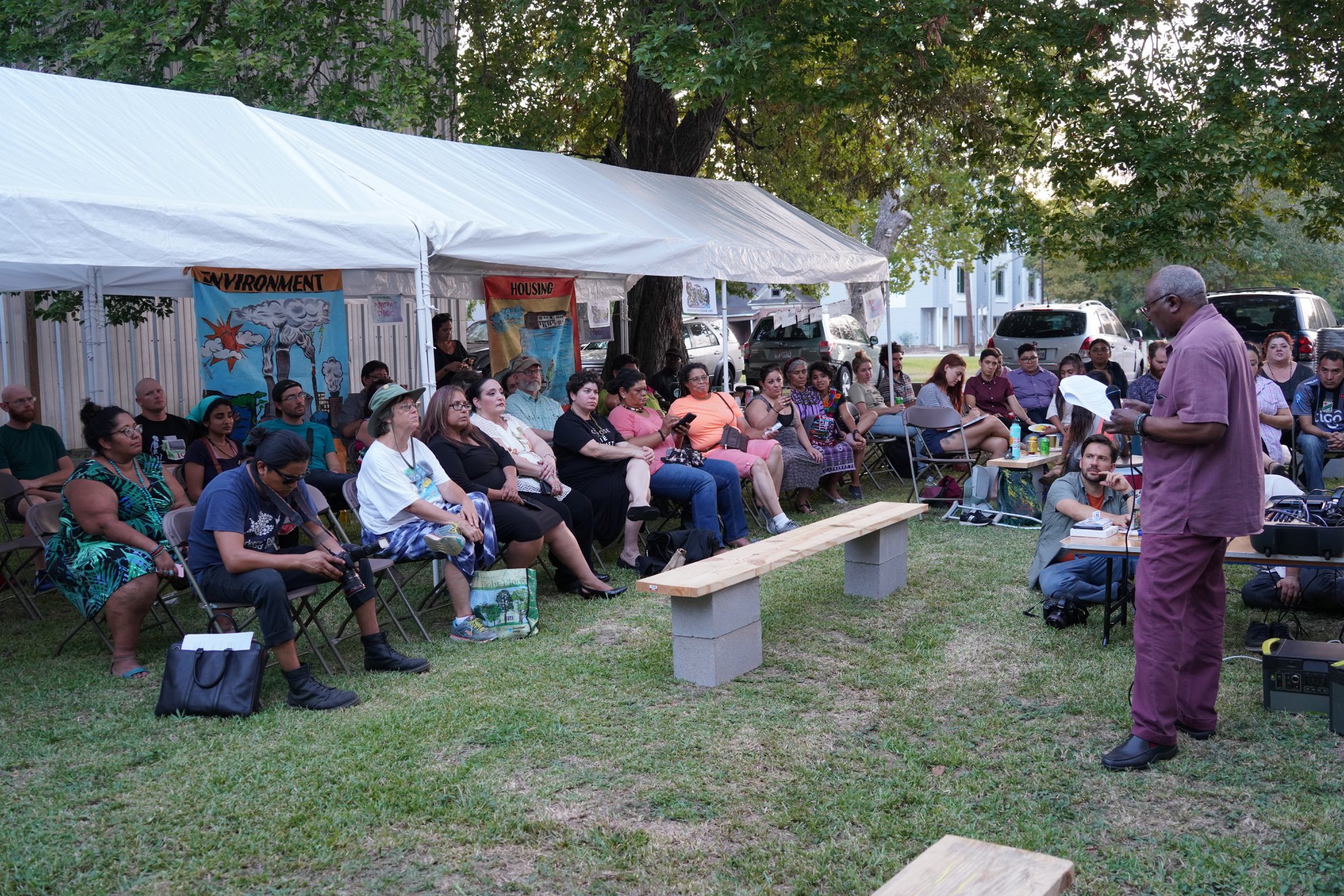 Houston was the first stop on the Stories of Survival tour, followed by events in New Orleans and Puerto Rico. The tour seeks to amplify, document and center on-the-ground stories and solutions during hurricane observances of Harvey, Katrina, Irma, and Maria, and is timed to coincide with the Global Climate Action Summit being held in California, where NGOs and government officials around the world will be convening during these observances.

The intention behind the Stories of Survival tour is to drive attention back to the needs and tangible actions of people in the Gulf South and Caribbean, whose lives are continually impacted by ongoing climate disaster.

Confronted with the reality of inevitable climate disasters to come, that have shown time and time again to exacerbate inequality, it can be hard not to feel powerless.

But in a Q&A panel during the Tribunal’s opening ceremony reflecting on “power” and who holds it, Colette Pichon Battle, the Executive Director of the Gulf Coast Center for Law and Policy, gave us all a hopeful reminder that the power lies with the people: